Skip to main content
Ara Campuses and Community Hubs will be closed from 3.00pm Wednesday 23 December 2020, reopening 8.30am Monday 11 January 2021. There will be no access to the buildings during this time.

A contingent of the NASDA 3rd year class present a play by Tom Basden. 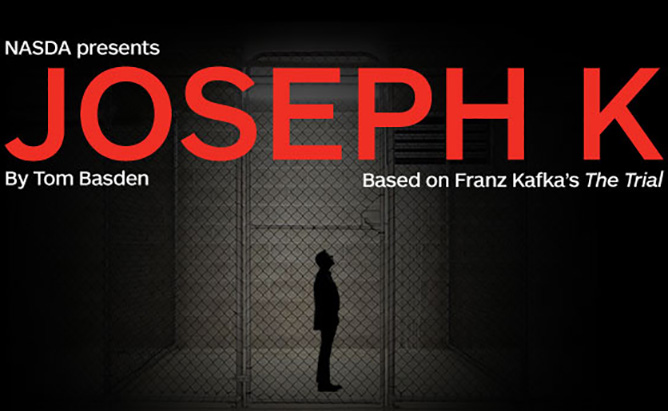 It begins with a knock at the door. From the moment on his thirtieth birthday when two blandly efficient men in suits intercept his sushi home-delivery and arrest Joseph K for an unspecified crime his life starts to crumble. he has no idea what he's done wrong but he is determined to clear his name.

At times Joseph's decline can be read as one man's consumption by mental illness, as he becomes convinced the radio is saying his name and that everyone, his colleagues, and even his brother, is out to get him. But the play twins this with a sense that the system really is out to drive him to edge, that there are walls he'll never scale no matter how hard he tries and there are innumerable frameworks in place to prevent him from doing just that.

Tom Basden's clever play, inspired by Franz Kafka's 'The Trial' rather than a direct adaptation of it, relocates Kafka's classic novel to twenty-first century London. For those who prefer to comfort themselves that Kafka's novel is about a dystopian future or a totalitarian state far from our own way of life, Basden offers a worringly familiar yet crazy world that suggests that the madness of contemporary life drives us all insane. Joseph is a modern man already disconnected from family and colleagues when the ominous knock comes, and the character slots all too easily into a recognisable world of communicative brick walls and social alienation.