NASDA's 3rd year class presents to you the classic 1960's musical HAIR directed by Stephen Robertson with a band led by Richard Marrett. 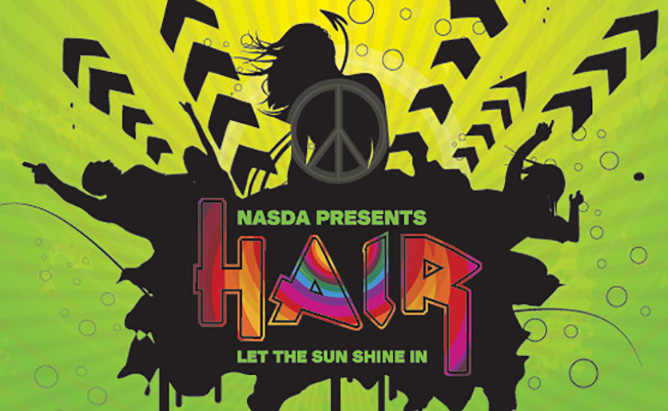 HAIR first debuted in New York City's Broadway in 1967 on the heels of Summer of Love.

The show is about a group of young Flower Children who question authority and the society they live in as well as the war in Asia while exploring "psychedelic drugs", utopian ideals and exuberant optimism.

HAIR incorporates high energy choreography, a score that generated numerous Top 40 hits in its time while exploring the issues that occurred during the sixties.