On June 16th at Ara’s Woolston Campus, a special visitor made some time to inspire and inform female students. Katie Thomas, an Ara graduate, engineer, and all-round good sort, visited with a select group of other future women tradies to share her insights into starting a successful career in the trades.

“Trades are awesome. One thing I enjoyed about getting into engineering is that the culture is really cool. It's usually quite fun – the boys can go a little bit over the top, but it’s a hell of a good job in any of the trades.  I meet lots of tradesmen all over the place - sparkies, plumbers -  and everybody sort of gets along really well. I also have a good sense of humor – that helps!” said Katie. 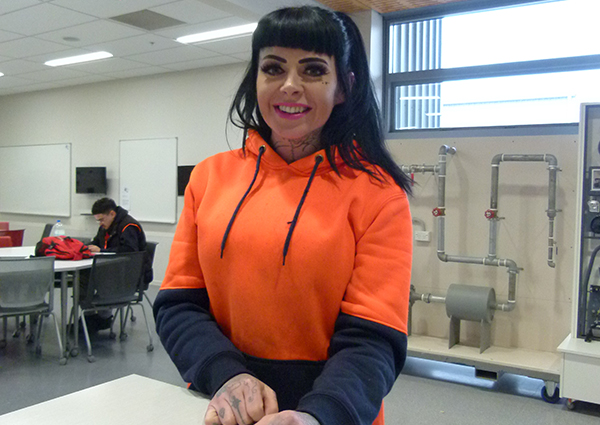 While it’s certainly true that over time - and especially now that COVID has disproportionately impacted women’s employment – that female participation in the trades has increased, it’s still not enough to lift participation above 12% of the trades and support staff workforce. Within the New Zealand economy particularly, this means that women are not benefiting equally from the current building boom or the associated activity that makes up such a significant portion of the nations’ GDP.  Recent figures from Statistics New Zealand state that the construction industry’s contribution to the economy has increased from 5.7% in 2015 to 6.7 in 2021. In Canterbury, that figure is 8.7 percent – meaning that construction is now the second-largest industry in the region behind manufacturing, while construction activity has grown 80.2 percent in Auckland, now making up 6.6 percent of economic output there.

The impact that construction has on the economy is even wider than this figure alone suggests, as the money generated by the sector has a habit of re-circulating within economy, and when integration with other sectors is considered, the numbers only increase. Construction activity tends to enable businesses to expand their economic activity as new commercial buildings, factories, farms and infrastructure come online. So there is a definite case to be made that increasing numbers and capabilities within the sector is directly beneficial to New Zealand as a whole, while also allowing women to access dynamic, more highly-paid jobs.

Alison Frayne, Student Support Advisor from the Ara Woolston campus, has been a long-time booster of female participation in the trades sector, saying “I think it's a number of things that are changing because the trend (of increased female enrolment) was happening before COVID, but I think COVID probably has a little bit to do with it; for example, a few women that have come were previously air hostesses, who’ve chosen to come and change jobs – and we’ve had quite a few teachers too who have decided to change direction. It’s really cool to see the diversity of the ladies who are coming in to do the programs now. In classes before, there’d be one girl in a class, and now there’d be three or four. Not being the only female in class definitely makes it easier.” 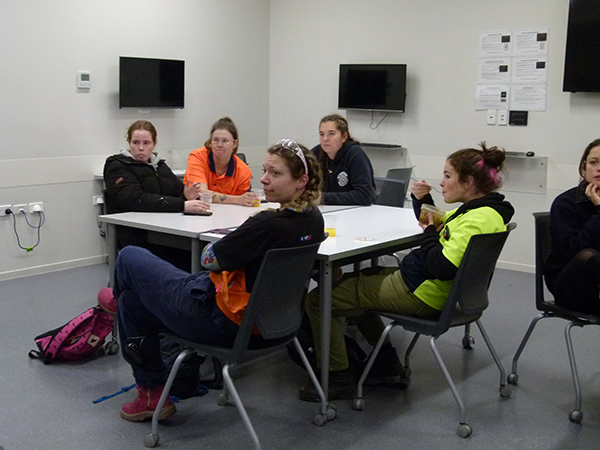 When Katie Thomas stopped by on Wednesday, she started by introducing herself and giving the students an overview of her progress into a successful career in engineering. “So I'm a mum, I have a teenage son. It was hard when I started engineering; I was on my own and he was only a wee fella. I studied three days a week, and the other two days a week I ended up getting a job in structural. I had to learn how to juggle,” said Katie, who followed up by saying that her son is a teenager now and couldn’t be more proud of his hard-working mum. “My son's going to be 15 this year and he still thinks the work I do is awesome.”

The subject of childcare – or more specifically, how to manage it while studying and working - was an issue that came up for plenty of the students. One commented that she was lucky to have found a stress-free solution, but agreed that finding support with her children was key. “My kids are in school, and after-school and before-school care -  it's all at the same place. So it’s kind of seamless. Really, to me family's been a big help; we wouldn't have managed without them.”

Another said “I do think that childcare is an issue for lots of women; I think support for people on maternity leave is not enough, nowhere near enough, support for children. I can’t get here to class first thing in the morning because of needing to take care of my kids; I've got no family here. Paid childcare leave for men would be a big help.”

Katie stressed that, at Ara at least, support was not hard to find. “There's a lot of help here which is really cool, so if you're struggling with anything, it's a good place to ask for help with any topic.” 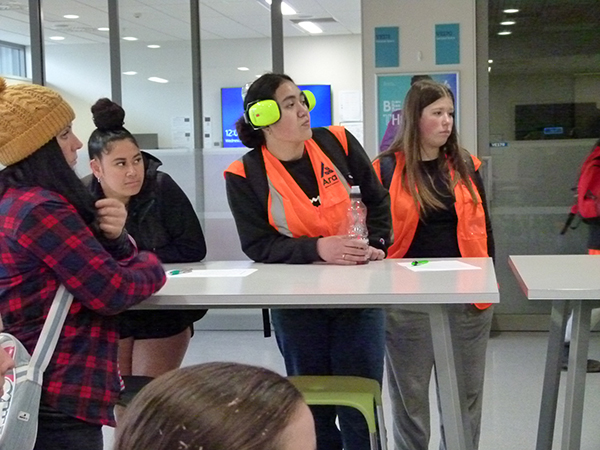 While the wider industry may still struggle a little with the notion of a workforce that’s half women – “Unfortunately, for many women, entering the trades is easier said than done” says Fiona Kingsford, Chief Executive of Competenz – initiatives are underway to uncover the barriers that may be preventing this. ‘Women In Trades’, a three-year research project jointly commissioned by the Ministry for Women and Ako Aotearoa, is underway in partnership with BCITO, Skills Org, Competenz, MITO, Connexis, the Industry Training Federation and many others.  The project is designed to “increase the participation and success of women in construction and engineering related trades where they are traditionally under-represented.”

The research thus far has found that the women surveyed cited five primary obstacles to starting a career in trades, ranging from a lack of personal knowledge about the wheres and hows and of work experience in general; identifying employers who will take on women, the predominantly ‘male’ culture of the sector, and a lack of support for working women in the trades. Alison has been part of work that has been going on in the background, to try and empower more businesses to easily hire women. “There are some progressive companies that are doing well but there's some that are scared, mostly the smallest businesses. It's not a chauvinist thing at all, it’s just because they’ve not had women before, and they don't know where to go for the answers to their questions. Small business owners are so busy doing everything, so they don't have a lot of time to do the research. So it needs to be made easy. We'll be reaching out to these types of employers and saying ‘here are the resources that you need’ and giving them access to a package of online resources that take the strain and research out of it, that's what I'm trying to work on slowly.”

However, it quickly became apparent that while only a limited number of (mainly larger) employers do hire women, those that do are overwhelmingly positive about it, saying that women bring superior attention to detail, are more considerate in their use of tools/machinery and often have a positive effect upon workplace behaviour. Alison endorses this, saying “Women are better than the guys in some ways, because they're just some little careful about time, and take a little bit of care and treat the tools better; they’re more respectful of what they're doing. Every single one of our employers has nothing bad to say about a female worker. In fact, they mostly only employ females now to drive to the dump trucks in Australia because they can back them using the rear-view mirrors!”

BCITO has outlined two key goals, as part of its role as lead of the research consortia. Firstly, they aim to have women making up 10% of BCITO apprentices by 2025 and secondly, to have women filling 30% of construction trade by 2040. While it remains true that currently less than three per cent of construction tradespeople are women, there is good reason to believe that the sector will continue to become more attractive to and more inclusive of women in the future. As Katie says “When you do it, it's like, ‘oh my god I can do this’, which feels so awesome. The the point is, it's quite exciting! When you go around and you see the stuff that you've done; all the places that you’ve worked in, it's really cool.  All the stuff that you guys will do will last for years to come. You even show your kids, and your grandkids. That's pretty cool.”