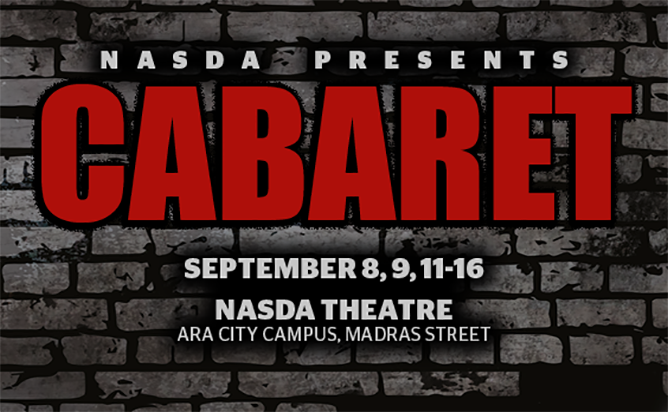 “There was a cabaret, and there was a master of ceremonies and there was a city called Berlin in a country called Germany. It was the end of the world…and I was dancing with Sally Bowles and we were both fast asleep…”

It’s goodbye to Berlin! As life in pre-WWII grows more and more uncertain, the Kit Kat Klub heaves with the undertones of resistance, giving life to some of the most poignant songs in theatre history including ‘Cabaret’, ‘Willkommen’ and ‘Maybe This Time’.

Right this way, your table’s waiting…