Television internship too much fun to count as work

Shortly after Luca Joass took an internship at Whitebait Studios, he was surprised to find he was helping to make a live TV show out of his bedroom. The New Zealand Broadcasting School student worked from home during lockdown, where he mixed audio for popular children’s TV show What Now.

“It’s incredible that a few people in the comfort of their own homes can pull together a live broadcast,” Joass laughs. “It seems too precarious, as if something wasn’t quite right.  We had to make things up on the fly or do whatever it took to get it to air.  It was a crazy experience – but somehow or another, it all worked.” 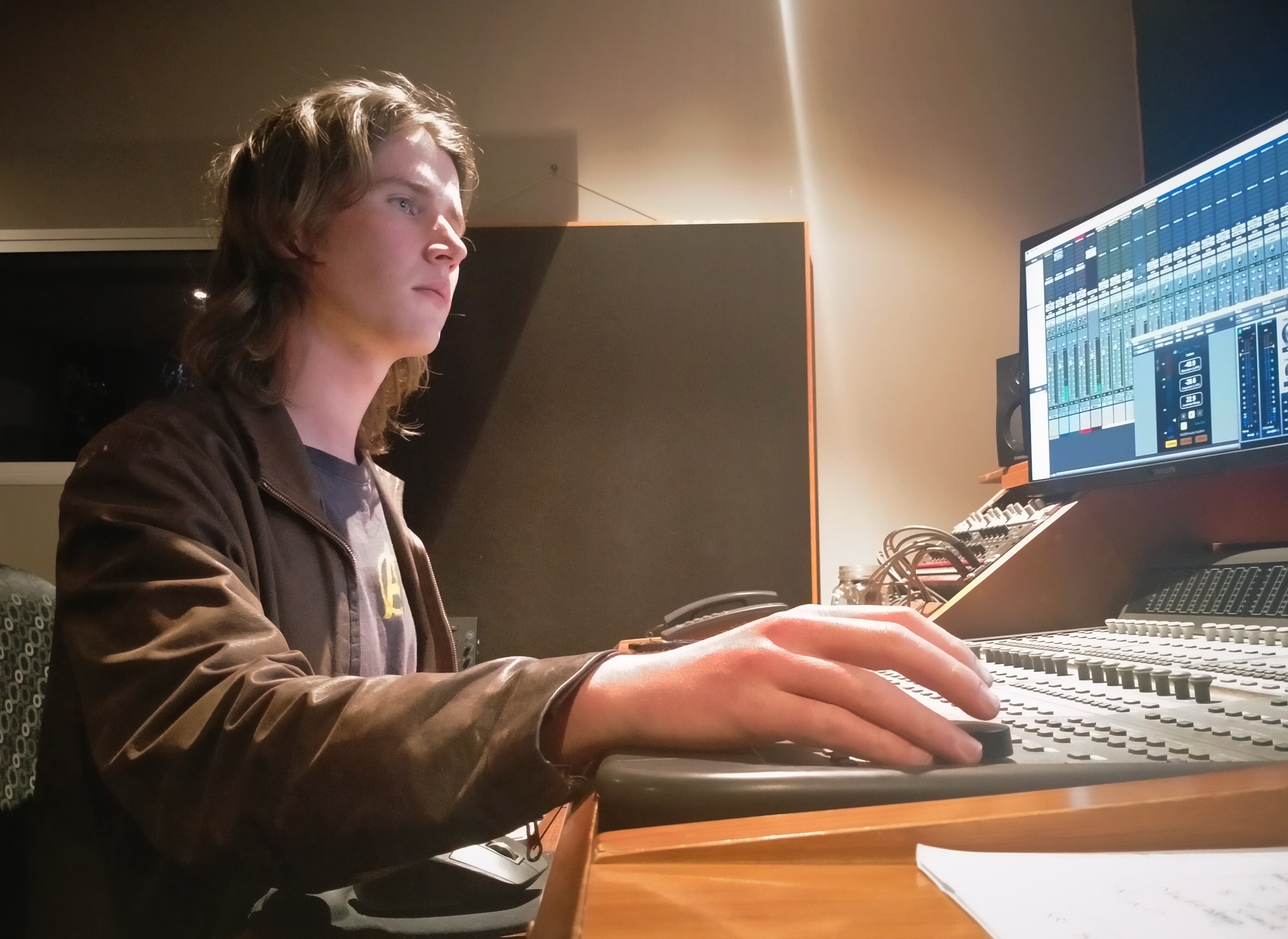 The 20-year-old Ara student has now completed his internship and is employed at Whitebait Studios until the end of next year, something which Joass says still seems too good to be true. “It’s too fun to be a job,” he says.

Besides “cleaning up” the sound quality of the dialogue and finely tuning volume levels, Joass loves the creative side of things. “I get to throw stuff in like sound effects, music, or anything else that makes me laugh.”

As a student in the Broadcasting School, Joass was interested in the storytelling and entertainment part of the course, leaning towards film and tv production. After finishing his second year, he returned home to Wellington to stay with his family and lined up casual work as a freelance videographer.

“The broadcasting course is very focused on professional practice, making sure people are equipped to work in the industry, so it wasn’t a huge jump to pick up casual work,” he says.

“One guy I was working with was live-streaming funerals plus I covered live music and sports events. I was happy to take the time I needed to find the right internship rather than taking the first one that came along,” he says.

But within a few months, he received an email about the Whitebait Studios internship, quickly securing the role. Within days, he was on a plane back to Christchurch feeling “quite excited” about his new internship, he says.

Joass loves the fun, the spontaneity, and the challenges of making live children’s TV, and now has his sights set on the world of making film and television. And the ever-present deadlines? Joass reflects, “Well, it wouldn’t be fun if it was easy!”