As New Zealand’s health sector continues to put out the call for more nurses, Oxford Women’s Health is rewarding those who successfully complete Ara’s Bachelor of Nursing.

Graduate Gina Coffey is the first recipient of the ‘Debra Parr Award for Excellence’, sponsored by Oxford Women’s Health. She was given the award, valued at $1000, for her achievement of top grades and successful clinical placement at Southern Cross Hospital. 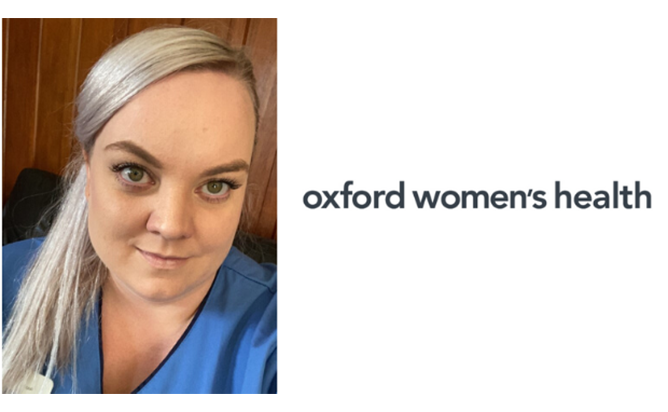 After completing her bachelor’s degree from Ara in 2019 Coffey began working as a registered nurse at Christchurch Hospital.

“I work on Ward 14 - which takes cardiology (heart/circulatory system), nephrology (kidneys) and general medicine patients. It’s full-on, because it’s a triple specialty so there’s a lot to learn. It’s really good though and the staff are very supportive.”

Before studying nursing, Coffey used to work as a flight attendant and says taking the leap to switch career and return to study was the best decision for her.

“While working for Jetstar, when I had to speak over the PA to ask for medical assistance, I thought ‘Wouldn’t it be great if I knew what to do myself’. So then I decided to enroll at Ara and just do it!”

Oxford Women’s Health General Manager Catherine France says Gina is a “wonderful first recipient” of the Debra Parr Award for Excellence. “Aside from her academic ability, she has a real passion for nursing that puts her well on the road to being an outstanding nurse. I know Deb would have been delighted.”

Coffey says in her time at Ara she has learnt to put in the hard yards to reap the rewards.
“You’ve just got to put the work in. The lecturers say you should be doing 40 hours a week and just because you’re not on campus you should still be putting in that work.”

Rachel Burt, Ara Clinical Lecturer and Registered Nurse, says “Gina was an exemplary Transition to Registered Nurse Practice student who displayed many positive professional and leadership attributes. It was an absolute pleasure working with Gina and seeing her growth and development throughout the clinical placement. The Department wishes Gina well in her future career.”

General information about the Debra Parr Award for Excellence