Pseudonymously known as “Dr Suits,” Ingram says he draws upon his background in fashion to influence his current designs.

"The writhing lines I use in street art could also be the shape of a bit of thread lying on the floor. The technical lines in patternmaking and tailoring in fashion design have subconsciously worked their way into my urban art practice," he says. Nathan Ingram/Dr Suits in his studio

The interplay between fashion and street art is mirrored in Ingram’s ongoing research which explores spaces between street and studio and the challenges faced by urban artists shifting to exhibit in contemporary art galleries.  Some of this research was presented at the recent OPSITARA conference hosted by Ara.

Ingram explains, "Building up a piece of artwork to a much larger scale in the real world demands artists to be adaptable and experimental. How street art influences more traditional art exhibits is what I am most interested in." 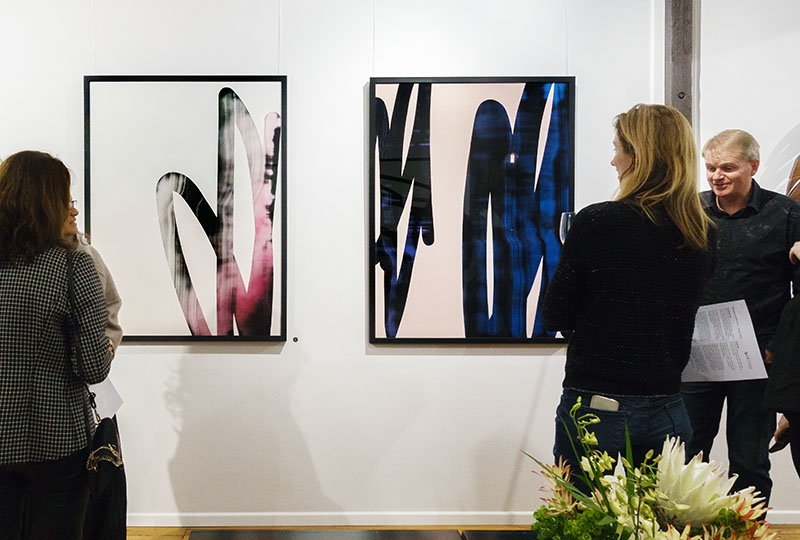 At Graffiato – New Zealand’s longest-running street art festival -- Ingram installed a large-scale mural on Taupo’s BNZ Building called Final Push. Like other pieces in his street and studio work, he says this piece “explores the balance between chaos and control, leaving parts of the work to be determined by spontaneity or chance and embracing the unknown and unexpected.” 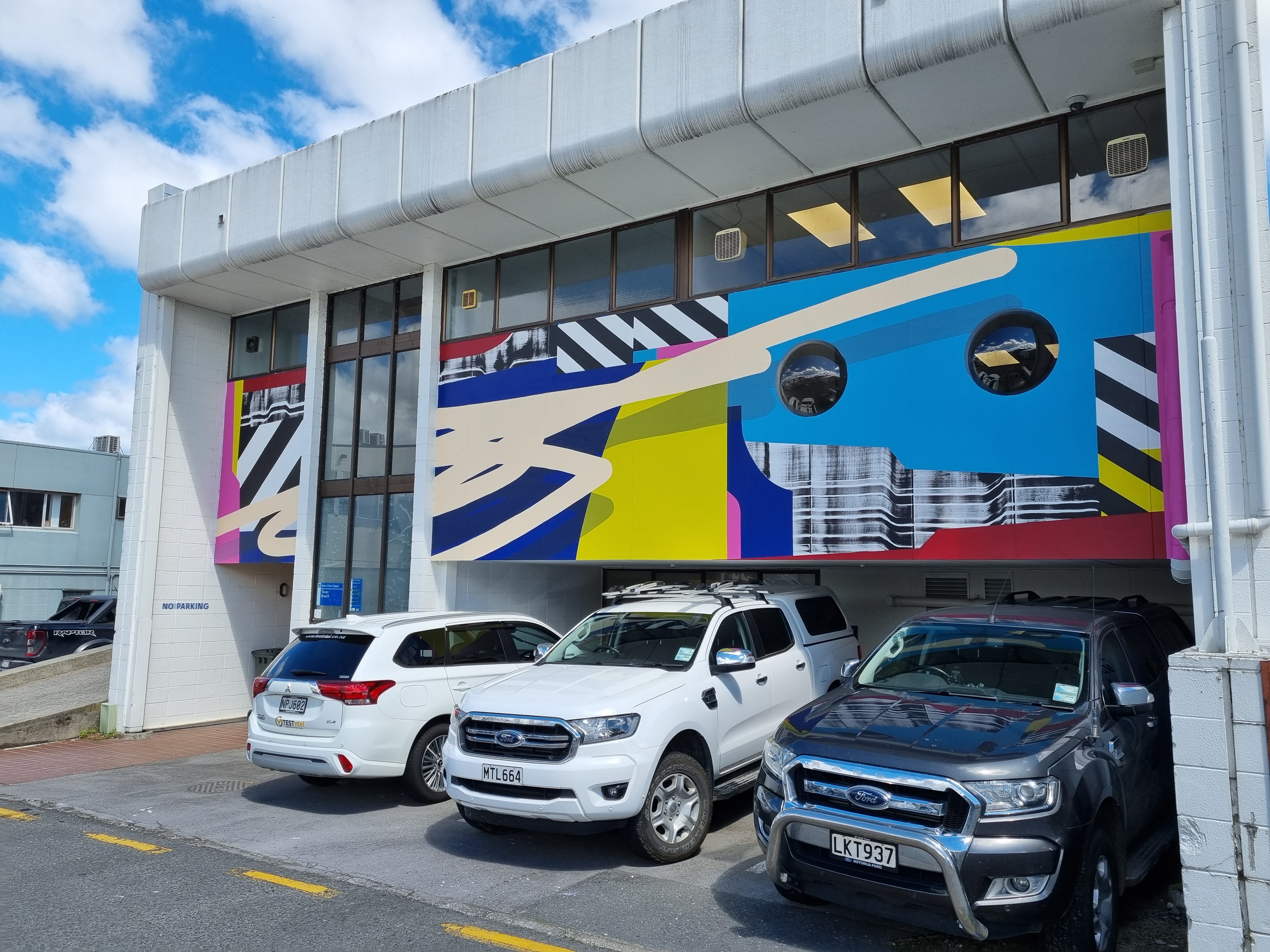 As a fashion tutor at Ara for over 13 years, Ingram became interested in transforming outdoor wall spaces into canvasses after the Canterbury earthquakes when new surfaces became exposed. Christchurch became an open canvas for one of his first highly-visible bodies of work called Bandaid.

After a visit to Melbourne that year, Ingram says “I started designing and installing paste-ups (adhesive stickers) in the form of band-aids which covered cracks in the buildings around the city.” 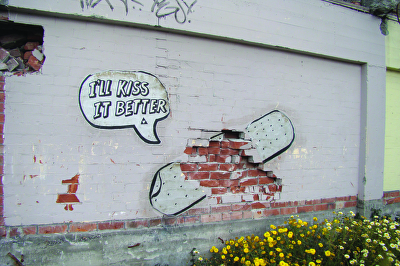 Street art, he says, is one of the fastest-growing artistic movements in the world, incorporating muralism, stickers, paste-ups, graffiti, sculpture, stencilling and even tagging as an artform.

Ingram’s works can be found on Instagram @_dr_suits and www.fiksate.com