Christchurch’s high-growth startup hub Te Ōhaka - a partnership between Ara Institute of Canterbury and Ministry of Awesome has recently had a reason for pride in their founders today.

Out of almost 800 entrants from up and down New Zealand, Wanderble, a Te Ohaka-based start-up – in partnership with Riposte, another start-up venture - came away with a stunning second-equal place win at the NZ wide #HacktheCrisis event last weekend. 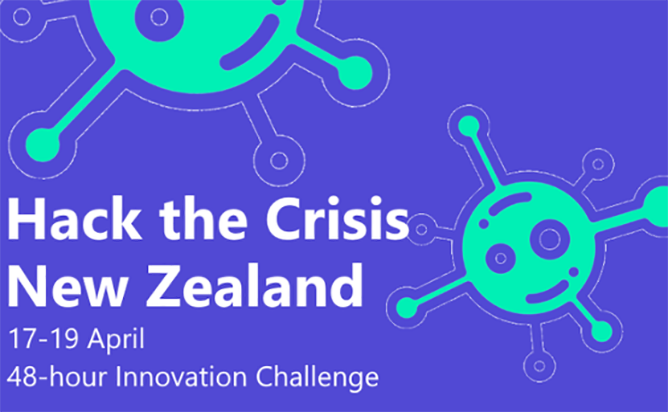 Wanderble and Riposte teamed up to create a novel wellness product that combined Wanderble’s guided audio mindfulness experiences with real-time wellbeing tracking enabled by Riposte's social posting tools and machine learning technology. This means that that app users can see not only proof of the positive effects of their own mindfulness practice but also that of other groups and teams such as in those in the workplace.  Data of this kind could be used to bolster individual and group wellbeing and resilience in the face of not just COVID but on an ongoing basis in the future.

Wanderble is one of 23 high-growth start-ups currently based out of the Te Ōhaka - Centre for Growth & Innovation located at  Ara Institute’s central city campus.

“Before #hackthecrisis, Wanderble was already a fantastic start-up engaged in addressing wellbeing and resilience for workplaces but this really adds a powerful proof element to the platform and -  It’s so cool that #hackthecrisis has brought together two startups from opposite ends of the country!” says Marian Johnson, chief executive at Ministry of Awesome.

Wanderble co-founder Kris Herbert says, “Mindfulness has been shown to reduce anxiety and improve immunity so it’s a great time to introduce these tools to people. We can connect our communities to make them stronger and more resilient - because it’s unlikely this will be the last crisis our country faces.” Riposte co-founder Debs Hancock added, “Our mission is to make it easier for communities and organisations to measure the wellbeing of people so they can provide more relevant and timely support.”

While ‘Draw This!’ which uses story-telling and art to build connections throughout New Zealand won the competition overall, judges praised the Riposte-Wanderble team, saying “This is an awesome team that has leveraged what they already have to achieve a lot over the course of the weekend.”

With awareness of mental health and wellbeing issues already on the rise and an increased focus globally on effective ways to assist with these, the mindfulness sector - and potentially this start-up team - seem poised for success.