Sam Suzuki loves science. “At high school it was the subject that excited me most,” he says. “It can help improve health, nutrition and the economy, especially for Māori and Pasifika communities.” 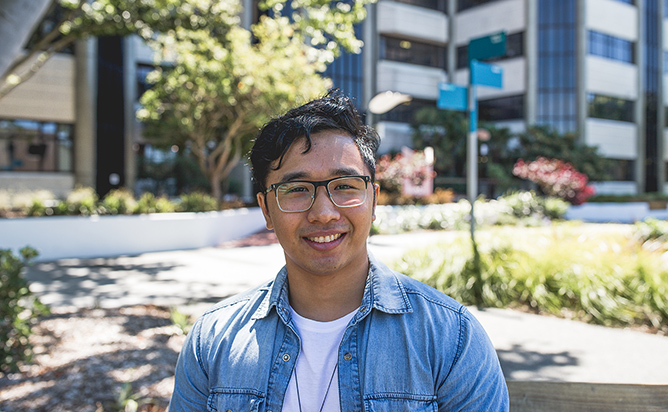 Sam spent his early years in Japan and Samoa before moving to New Zealand in Year 8. After high school and following a gap year in Europe, he headed to Otago University to study for a Bachelor of Science. He loved the laboratory side of his university studies so much that after completing his degree, he enrolled in the Graduate Diploma in Laboratory Technology at Ara.

“I felt that the advanced laboratory experience I’d gain at Ara, plus the experience I’d get through the work placement, would give me a competitive edge when it came to finding employment.”

Sam’s undertook his work placement at Plant & Food Research. He worked as a laboratory technician in the plant bio-protection team, assisting senior scientists and researchers with their projects. His tasks included isolating bacteria and fungi from crops, utilising molecular techniques to identify species, analysing potential bio-protection against pathogens and maintaining greenhouse field trials.

Sam says the work drew directly upon what he learned at Ara. “The strength of the Ara course is that it focuses on hands-on skills that are relevant to the industry.”

A highlight of Sam’s time at Ara came when he was awarded the Eke Panuka Pasifika Supreme Award. In addition to Sam’s academic achievement, the judges also acknowledged his leadership and service while at Ara.  This included his role as the Pasifika representative on the student council, and his involvement in organising and presenting Ara’s inaugural student-nominated teaching awards.

“I was very honoured to win the award. I felt like I was able to set an example for other Pasifika students to pursue a career they’re passionate about.”

Sam completed his graduate diploma at the end of 2018 and has since found employment as a research associate/lab technician at Plant and Food Research where he’s working on new plant cultivars within the Annual Crops Group.